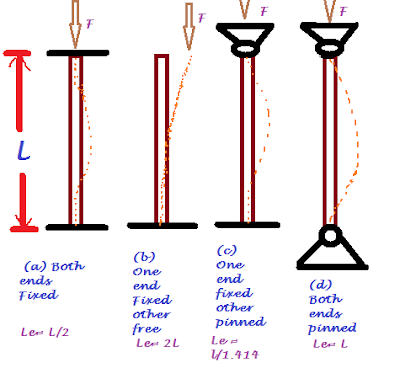 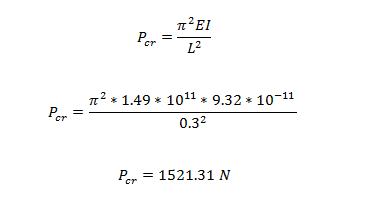 In order to find the critical load of strut with the help of beam bending apparatus following is the experimental procedure for that.

2. After the apparatus has been setup, now it is time to set the dial gauge for the test. In order to get buckling reading during the test, dial gauge is given some initial reading by compressing its tip against the surface of the column. Now when strut moves from its position, dial gauge will show some change is its initial reading and that reading will be deflection shown by the strut.

3. Third step is to add weight on the free end of the strut and note the reading of the dial gauge. Weight should be added slowing and in increasing order like 2, 3, 4, 5 …… Newton. Weight at which dial gauge show some noticeable change is reading will be the critical load for that strut.

4. Experiment should be repeated at last three times to get the best average value of critical load.