Aim
Aim of this experiment is to study the effect of force magnitude on shear forces in a beam
Recommended: Bending Moment in a Beam Lab Report 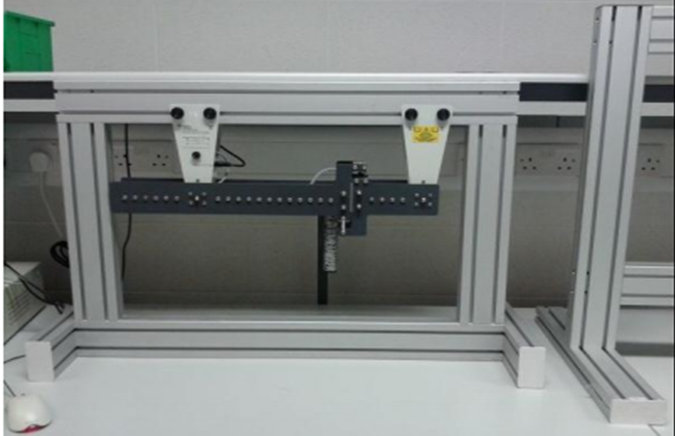 According to the image shown above, apparatus consist of a beam which is being supported at two points called pivot point of beam. The apparatus has a mechanism which is used to apply force on the beam and it is this mechanism which also prevents the overloading on beam which can collapse the beam. During this experiment a series of forces with increasing magnitude will be applied on beam and for each beam shear stress value will be calculated.  Free body diagram of this apparatus has been shown below.

As this experiment is about calculating or observing the shear for on beam due to the externally applied forces on beam so following the formula for this beam needed to calculate the shear force produce in beam by the external force.

Here
W is a the applied load on beam
a is the distance between the pivot point and point of force application.
l is the total length of the beam

Here
W is a the applied load on beam

Conclusion
Aim of this experiment was to study the effect of different force magnitude on shear forces produce in beam due to the force. Theoretical calculation of shear force show that there is a direct relation between load and shear force but the experimental shear force show some errors which can be due to personal error or faulty apparatus.