Objective
Following are some of the objectives which will lead to completion of above mention aim
1. Study the basic fluids, types of fluids and types of flow of fluid
2. Perform the numerical analysis to predict the flow of fluid in smooth pipe
3. Perform experiment of air flowing in smooth pipe
4. Calculate the Reynold number, friction factor and head losses in experiment
5. Compare the experimental result with calculated and numerical analysis

In order to perform the numerical analysis of this current process first the component involved in this work are needed to be modelled and for this any cad software or work bench of ansys can be used. Figure one shown below is computer added model of pipe which represents the pipe used in this lab work. Second figure is of the fluid domain which represents the fluid which flow inside the pipe. Third figure represent the assembly of the pipe and fluid domain which will be used for analysis purpose.
In ansys the all components are first named as required like pipe, fluid domain, inlet and outlets and then they are meshed. Inlet of the pipe is on the right side of the pipe and outlet is on the left side (face visible in below figures). In ansys setup the fluid domain is selected as fluid and air is selected as its material. For pipe material does not matter as long as analysis is limited to the flow of fluid. Pipe is made smooth by making the wall roughness zero in ansys setup. In solution section transient solution will be done in order to simulate the flow of fluid inside the pipe with the initial velocity of fluid entering the pipe is as per experiment requirement. 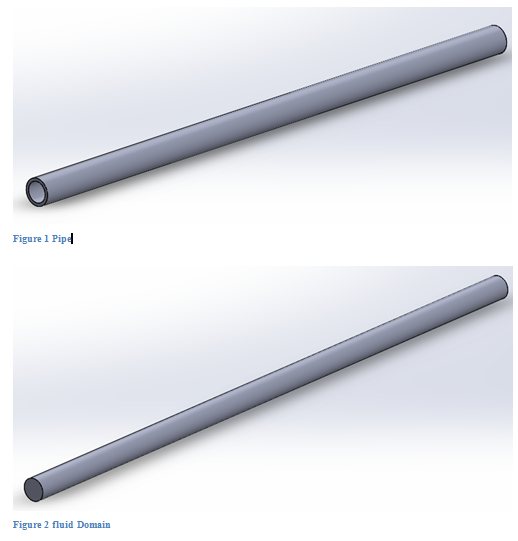 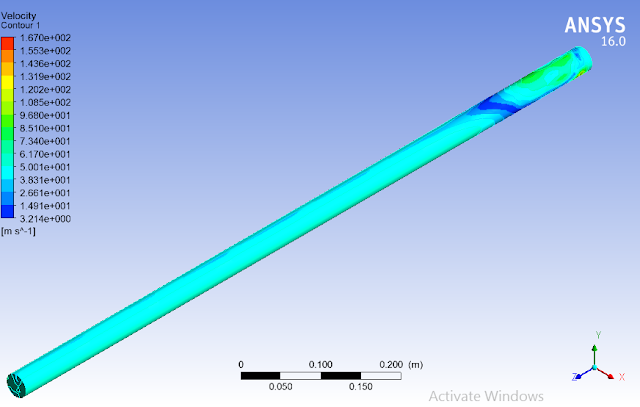 Result of the simulation shown above in figure 4 shows that at the inlet of the pipe the flow of fluid will be very turbulent as different velocities are visible in that region and along the length of the pipe the velocity on the top of the fluid domain and on the centre are different which shows fluid flow will be turbulent throughout the pipe. 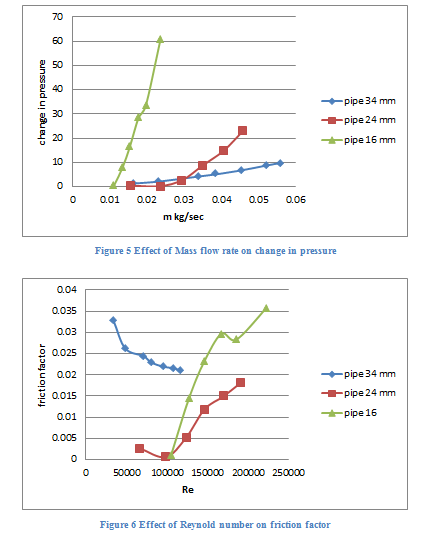 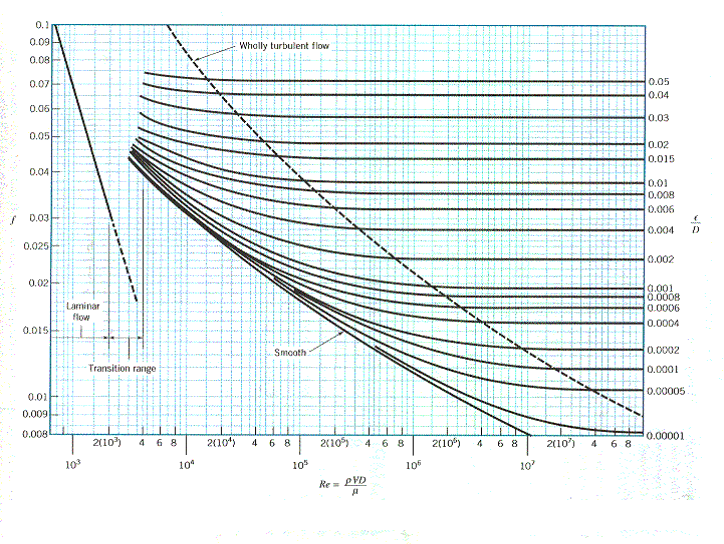 Difference in the values of the experimental and graphs friction factor can be due to the fact that the pipe used in the experiment cannot be perfectly smooth that is the internal wall may have produce some extra frictional forces which result is additional pressure drop and increased value of frictional factor.