Role of Axial Compressive Force in Bending of Beam

Beam is one of the most important structural members as it is used in a lot of structures used in daily life. Structures like building, vehicles and even furniture has beam to support its functional structures. There many different types of beams main classified on the basis of their shape and support placement type.

Beam provides support to the structure of the body and for that they them self need some support from ground of the other member of that body. Based on the placement of the support a beam have following are the classes of the beams.
1.      Simply supported beam
2.      Overhanging beam
3.      Cantilever beam

Beam provides support to any structure by taking its load and provides resist against that load. When a certain load is applied on the beam then that load tries to bend it. Due to this stresses are produce in beam called the bending stresses. Bending stresses can be calculated by the help of following formula

Following is the procedure to perform the experiment for finding the deflection of beam
1.      First of all setup the apparatus which involve fixing the ends of the aluminium beam between one fix and one change able end of the apparatus and placing hanger at the centre of the beam
2.      Second step is to check the apparatus of any error and remove them if there are any
3.      Third step is to add weight of 10 N on hanger and note the reading of beam deflection
4.      Fourth step is to repeat the step three for weights up to 100 N
5.      After 100 N weight has been applied then remove the weight in the manner they were added and not the deflection for each step
6.      Repeat the same procedure for oblique end attachment

Bending moment at A

Bending moment at B 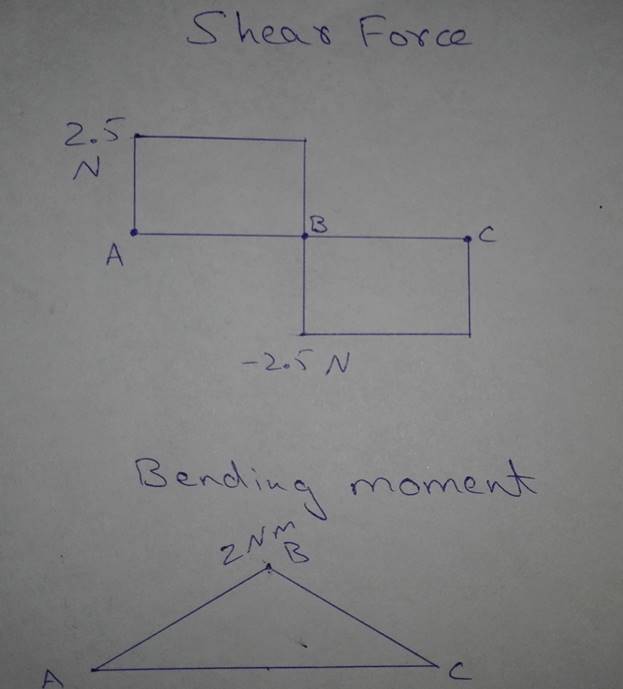 Compressive load when load is 5 N 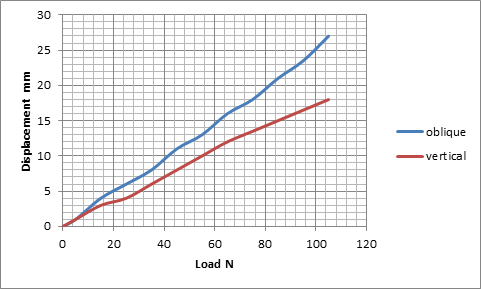