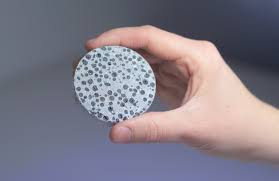 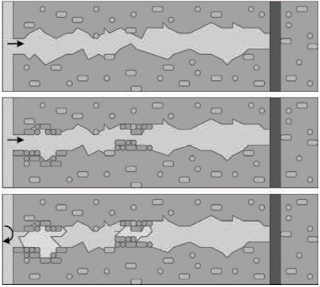 1. As a crack healer


Working Environment
According to Rafat Siddique (2011) the type of bacteria used for this process depends on what type alkaline environment is there in a particular concrete structure because certain bacterial can only live under a certain alkaline environment. According to the Abo El Enein (2013) Genus Bacillus bacteria can survive in the environment with high alkaline because it can form plant seed like spores which are very important to survive such a high alkaline environment. Walls of these bacterial spores are very thick and these spores became active when the concrete structure start to crack and water enters in to the structure through the crack. Spores keep the concrete alkaline value of the range of 10 to 11.5 which is quite suitable for this type of bacteria.

Bacteria Growth
Effectiveness of self-healing concrete depends on the PH level of the concrete. Studies have shown that each type of bacterial needs a unique PH level for proper growth. Bang (n.d) prepared some different nutrient in test tube whose pH ranges from 4 to 12. After that bacterium was introduce in each of them and their growth was observed. Photo calorimeter was used to measure the bacteria sample turbidity. Result show that most of bacteria show proper growth in the pH ranges between 7.5 and 9.0. For Bacillus pasteurii 7 to 9 pH level is consider to best for proper growth and for Bacillus sphaericus 8 to 9 is the best pH level for proper growth. Most of the bacteria which are used in self-healing concrete cannot grow at or above the pH level of 10.

Crack Size
Various studies have been conducted to check the crack size which the self-healing concrete can handle. According to Salmabanu Luhar (2015) study different bacteria can heal different sizes of cracks ranging from 0.87 mm to 300 micro meters.