A Comprehensive Comparison of Petrol and Diesel Engine 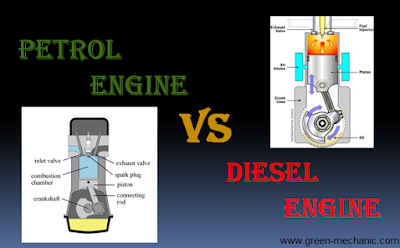 Petrol engine have a spark plug to ignite the air fuel mixture while in diesel engine highly compressed air have temperature about 600 degree C which is enough to ignite the fuel.

Email ThisBlogThis!Share to TwitterShare to FacebookShare to Pinterest
Labels: Mechanics