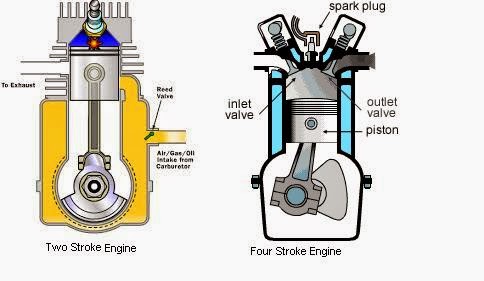 Because of absence of valve tappets and crank shafts, friction losses are minimum in 2-stroke petrol engine as compared to 4 stroke engine