The Age of 3D Printing

The manufacturing sector has been associated with factory production, small machine-tools, assembly lines, and productivity gains after the 17-18th Century Industrial Revolution. Thus talking about production without tools and equipment, production lines, or supply chains is surprising. That's what the potential of 3D printing technology acquiring position appears,. Presently we can manufacture components, equipment, and devices right from our home or office. We just have to design, alter or import a virtual 3D model of an item to be prototyped using PC. 3D printers are often used to generate cost-effectively customized, overhauled components at the site where they are going to be utilized which was not possible earlier. 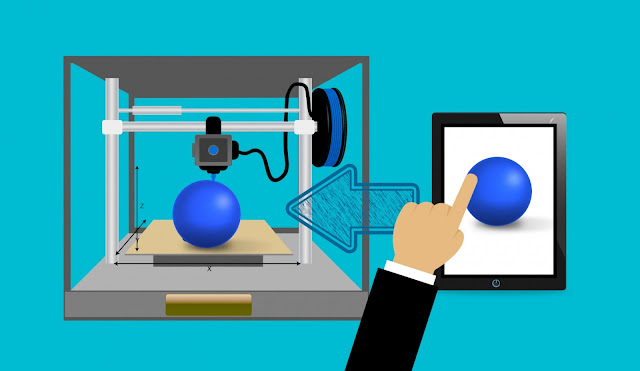 3D printing, often recognized as additive manufacturing – AM (as both terms are exchangeable now) is an engineering process used to create strong three-dimensional structures built in layers from a virtual illustration without a mold or cutting machine. 3D printing incorporates computer-aided design (CAD) to turn the design into a 3D model. The design is then fragmented into 2-D plans, which direct the 3D printer where the content layers will be deposited. The additive method adds successive thin layers of material to create a final 3-D model. Plastics, glass, rubber, polymers, paper, sand and glue blends and even human tissue can be used as input materials.  The development of a 3D artifact includes 3 simple ingredients-a computer model, feeding material and a 3D printer

Pros and Cons of 3D Printing

Advantages and disadvantages of 3D Printing

As the platform gains popularity and versatility, AM's effect continues to grow, rendering it as a viable means of development in a number of industries [8]. Many businesses have implemented AM over the last few years and are able to pull out the actual advantages of the system. The pharmaceutical, automobile and aviation industry are among the markets with the highest scope for growth. AM allows items to be printed in distant areas, so the distribution of products is no more a constraint. Another main advantage of AM is Space Technologies [9,10]. NASA tested AM at zero gravity, hoping to create on-demand production for astronauts. This will require component parts to be produced in Space for maintenance and repair of the space station. It would also reduce the need for a spaceship to travel to the space station to supply components, thereby significantly reducing the turnaround time on replacements. The decreasing timeframe would entail lowering inventory and improving cost efficiency

Though 3D printing has been surfacing around the globe for years, recently in near years it has entered the mainstream for its uses. New 3D printing applications are continuously being created but the popularity of the applications has recently increased. Although 3D printing technology might appear as sci-fi, it's scientifically reality and only making presence known now.  Below are some of the implementations in the modern world:

The increasing cost of the infrastructure of aeronautics is best explained by the inefficient depreciation of tooling expenses over a small amount of production. In commercial 3D printing, regardless of whether you print a single item or a larger sequence, there is no effect on the amortization because you don't need to build a mold. Thus, for aerospace industries, the additive manufacturing method is well suited to fast series growth. You may be thrilled to hear that certain non-critical 3D printed pieces were already in use on airplanes. GE now has more than 300 3D printers and GE Aviation intends 100,000 additive parts to be produced by 2020. Seventeen 3D printed pieces have been mounted by the US Air Force on the C5 Super Galaxy and could save tens of thousands of dollars. Airbus / EADS, Rolls-Royce and BAE Systems are other elevated-profile consumers of the application. Boeing is also dreaming of designing entire planes using 3D printers on a wide scale.

There have been many 3D printing applications in the pharmaceutical field during the last few years.   These vary from bioprinting – where the synthesis of cells and enzymes produces tissue-like structures copying their natural equivalents – to therapeutic instruments such as prosthetics. The 3D printed prosthetics was an example of the durability of 3D printing. Production of prosthetics that incorporate a patient is difficult and expensive. Modulated prosthetics may be designed and manufactured at considerably reduced costs with 3D printing. The technique is now being used in the production of stock goods, such as hip and knee replacements, and specialized patient-specific devices, such as hearing aids, orthotic foot insoles, design prosthetics. Lead reports include Open Bionics, a UK-based maker of 3D prosthetic arms that received a £4.6 million investment in February 2019 to carry the company to the foreign market.

Several automobile manufacturers are already using 3D printing to assist with prototyping. After the 1980s, Ford has employed 3D manufacturing technology. Modern processes will take multiple months and $500,000, according to Ford's official site, but for 3D printing, the same cycle requires four days and $3,000. Future prospects are virtually unlimited. Big Rep, a 3D printer service, introduced the first 3D printed motorcycle in January 2019. The ride, which isn't on the competition, has taken three days to print and costs only £2000.

While the innovation is in its development period, but major improvements have been made in the building sector with the usage of 3D printers as construction companies continue to realize the technology's usefulness. 3D concrete printing is quickly growing and is projected to hit $56.4 M by 2021. Increasingly firms are starting up to build new, creative ventures in the industry. Russian 3D printing company, for example, Apis-Cor has built a whole house in just 24 hours.