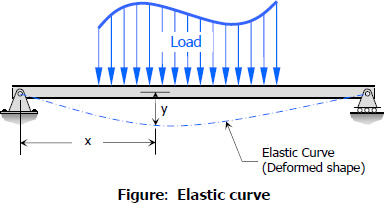 1.0 Aim
Aim of this lab work is to study and understand the deflection of beam made of different materials
Hire Us for your Lab Report Writing

3.0 Introduction
3.1 Beams
According to Dr. R. K. Bansal (n.d) a structural element which is used to support heavy loads in different structures is called beam. Beam in any structure bears huge load which tries to bend the beam and beam support the structure by resisting the bending produce by the load. Ability of the beam to resist the load depends on the type of beam, material of beam and shape of beam, S Timoshenko (1940). According to  there are many different type of beam and each one of these beams can be of any material and can of many different shapes.

Some different types of beam are describe below

3.3 Deflection
According to John Case (1999) when a body is under stress, then that stress tries to change its shape and dimensions. Change is shape of the body is called deflection and change in the dimensions is called strain. Following is the equation which can be used for calculating deflection in beams

3.4 Permissible Load
Permissible load is the maximum amount of load which can be applied in the on to the beam it is also called the allowable load, Ferdinand P. Beer (n.d). This load shows the strength of any beam with respect of the load applied on it. It is very important to calculate the permissible load of all the beams in order to get a safe structure. According to P. Beer (2012) permissible load can be calculated with the help of Flexure formula whose equation is as follow

4.0 Procedure
Following is the procedure which was adopted to perform this experiment

Distance from the fixed point to application of force= x=0.15 m

Distance from the neutral axis to the point of interest y=0.00155

6.2 Calculations for permissible load at 1/4 span

Distance from the fixed point to application of force= x=0.0075 m

Distance from the neutral axis to the point of interest y=0.00155

6.3 Calculation for Elastic Modulus at ½ spans

6.4 Calculation for Elastic Modulus at 1/4 spans

7.0 Results
Experiments were performed on simple supported beam and cantilever beam made of three different material brass, aluminum and steel. Data of experiments was written in their respective tables. With the help of the data collected from the experiment graphs were prepared for each and every case and all those graphs are mention below. 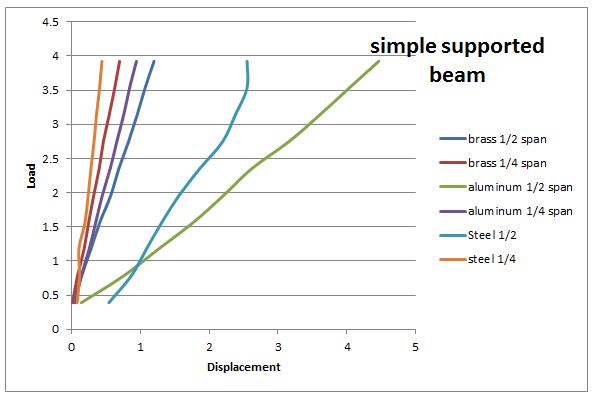 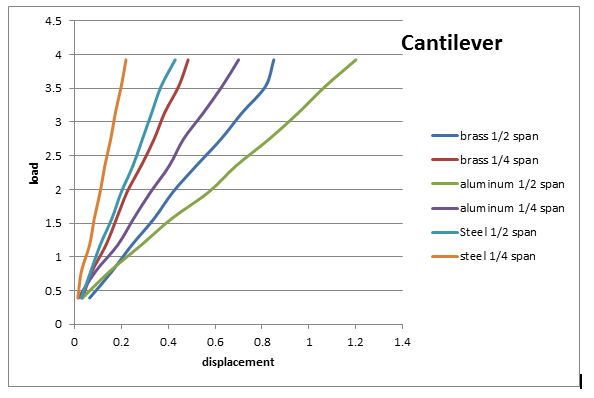 8.0 Discussion
Six different experiments were performed to study and understand the deflection of simple supported beam and cantilever beam and results are been shown in two tables and six graphs in result section. Now each graph will be discussed here.

According to Raymond Aurelius Higgins (1994) there is a great different in values of elastic modulus, which shows that there are some errors in the experiment and those errors needed to discussed in order to get accurate values for elastic modulus.

Error in the beam experiments could be form two sources one in apparatus error and second is human error. Instrument error includes inaccurate dial gauge, apparatus not balance on horizontal surface or beam is already deformed. A personal error includes observation and calculation with wrong method or lack of experience in experimentation.

Error in apparatus which is also known as instrument error can easily be find out by repeating a certain experiment over and over again if all experiment show inaccurate value means apparatus has some errors. It can be removed by calibrating it with a good standard apparatus. Personal error can find out by repeating the experiment with some experience person and can be removed by practices.
9.0 Conclusion
Aim of studying and understanding the different types of beams and effect of different factors in deflection of beam has been completed successfully. Six experiments were performed on two different types of beam under tow different conditions and result where plotted on graphs and were discussed in details. From these experiments it can be concluded that the deflection in a beam under a constant force depends on its type, shape, material and point of application of force. It can also be concluded that the experimental elastic modulus of same material is different in every case and really depends on the beam type, shape and loading place. 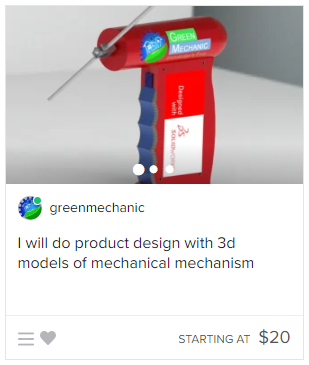